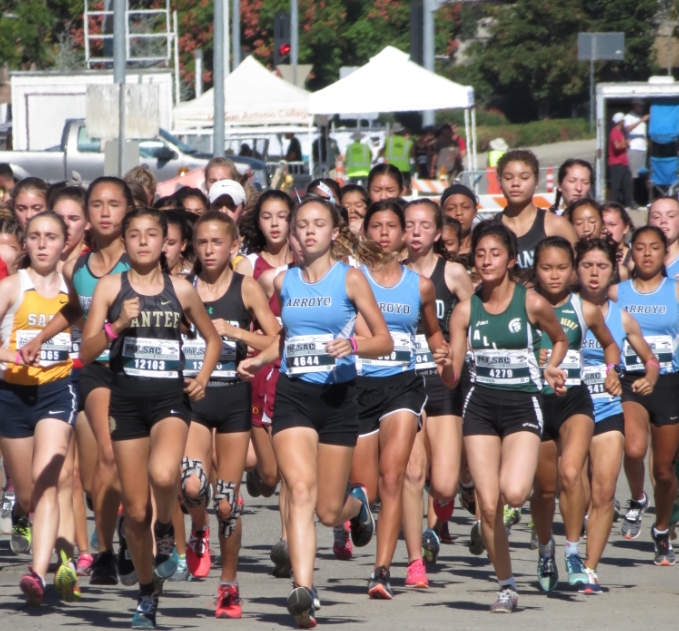 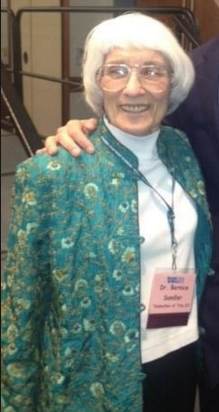 “Too strong for a woman.” Those are the words that led Dr. Bernice Sandler to fight for the passage of Title IX that forbids sex discrimination in educational institutions that receive federal funds. Bernice Sandler, also known as the godmother of Title IX, died on January 13th, 2019 at the age of 90. She will be remembered for her work as an advocate for women’s and girl’s rights in education and most importantly for her contribution to Title IX.

The right to equal treatment for both sexes in education and in educational activities in the U.S is not something we stop to think about twice. But a lot of work was put into the rights we have today. Prior to 1972, 47 years ago, according to The Huffington Post, one in every twenty-seven girls participated in school sports. Today two in every five girls participate. Based on a survey taken of 100 female students at Arroyo as of January 30th, not one of the 100 students asked had heard about Title IX.

How It Came To Be

In 1969 there were 7 full-time job openings at the University of Maryland, where Sandler had been teaching part-time for a few years. Her qualifications were excellent, they included a bachelor’s degree in psychology from Brooklyn College, a master’s in psychology from the City College of New York, and a doctorate in education from the University of Maryland, but she wasn’t even considered for one of the seven openings. She asked her colleague what he thought and he told her “you come on too strong for a woman.”

Sandler who cried after hearing this, wrote “I accepted the assessment that I was “too strong for a woman.” Then Sanders started thinking “Was this really a question of my being “too strong?.” After a few more rejections with more explanations about why a woman was not suitable for the job, Sanders decided to do some research.

When reading a report of the U.S. Commission on Civil Rights about a presidential Executive Order that prohibited federal contractors to use discrimination in employment on the basis of race, color, religion and national origin, Sanders realized she had found what she was looking for. In the footnote Sanders’ saw that the Order had been amended by President Lyndon Johnson, on October 13, 1968, to include discrimination on the basis of sex.

This means that because most colleges and universities had federal contracts, they were not allowed to discriminate in employment on the basis of sex. “I shrieked aloud with my discovery…There was a legal route to combat sex discrimination,” wrote Sanders.

This is what ultimately led to the creation of Title IX which states: “No person in the United States shall, on the basis of sex, be excluded from participation in, be denied the benefits of, or be subjected to discrimination under any education program or activity receiving Federal financial assistance.”

For more information about Bernice Sandler’s life and involvement in Title IX: http://www.bernicesandler.com/id44.htm

Before Title IX many women did not see themselves playing sports and there weren’t many options to begin with. After Title IX, however, schools were required to give girls and women equal opportunities to those offered to boys and men. This visibly impacted girls’ participation in sports.

Only 50 years ago, girls and women had very few opportunities to join sports at school. They would usually be found on the sidelines, cheering on the boys. And even when women did have a chance to join a sport, they did not get the nice facilities, equipment, and schedules the men did. They weren’t taken as seriously, offered as many scholarships, and didn’t get equal treatment. In fact, many women didn’t even see themselves playing sports due to the fact that women at the time were under the impression they had to stay home. Many feared being seen as a “tomboy.”

So why is it important to give women equal opportunities to participate in sports and what are the benefits? First of all, giving women the same opportunities that men are given is especially helpful when it comes to health. A report from the NCGS found that “female athletes do better in school, are less likely to engage in risky behavior, and are healthier than girls and women who do not participate in sports.”

By giving females a chance to not just participate but compete in sports, they have a higher chance of striving for academic excellence and good health.

Title IX also applies to faculty. Bernice Sandler was denied a job because she was a woman. Today, as stated in Title IX, no one can be “subjected to discrimination under any education program or activity receiving Federal financial assistance.” So Title IX applies anybody working for or attending federally funded educational institutions.

Melvey explained that when she was in high school, even though Title IX existed, it “wasn’t publicized.”  Melvey said that she was a runner and that she “ran competitively all the way through college… It was never brought to our attention that it wasn’t equal or fair. I didn’t start learning about that (Title IX and equality) until college.”

When it comes to coaching Melvey explained that “as far as certifications, experience, and pay, all coaches make the same. You can’t make less than your male counterparts.”

How Is Title IX Enforced

A three-part-test helps determine if schools are in compliance with Title IX. The three parts are participation, athletic financial assistance, and equal treatment of athletes. Schools do not have to abide by all three parts but can choose which one to follow.

According to the U.S Department of Education, the three-part test includes:

“The number of male and female athletes is substantially proportionate to their respective enrollments; or”

In other words, schools must provide equal opportunities to participate in sports to both sexes.

“The institution has a history and continuing practice of expanding participation opportunities responsive to the developing interests and abilities of the underrepresented sex; or”

In other words, the number of scholarships given by a school must be proportionate to the number of female and male athletes in college or university sports. The percentage of total athletic scholarship dollars given to each sex needs to be within one percent of their levels of participation. For example, if women make up 46% of the total athletes on campus, then the school must give between 45% and 47% of its athletic scholarship money to female athletes.

“The institution is fully and effectively accommodating the interests and abilities of the underrepresented sex.”

In other words, schools are required to give equal treatment to female and male athletes. This is can be exhibited through training and game facilities, publicity, recruitment, academic support, locker rooms, uniforms, equipment, coverage through student media, etc.

Where Do We Stand Today?

Despite the progress that has been made, there is still a way to go when it comes to closing the gap between men and women in sports. Forbes published the list of the top 100 paid athletes in the world for 2018 and not a single woman made the list.

In addition to not getting paid as much, female athletes also don’t get the same amount of television coverage the men do. According to The Nation’s article “Why Don’t People Watch Women’s Sports,”, women’s sports only get about 4 percent of all sports media coverage. The article suggests that this may be due to the fact that 90 percent of sports editors are men.

Though Title IX has greatly increased the number of women who participate in sports, there is still some work to do until there is complete equality. At Arroyo, as of January 30th, there are roughly 268 female athletes and 350 male athletes. So about 43 percent of student-athletes are girls and roughly 57 percent are boys. This is a major improvement.

Without Title IX, girls and women today would not have equal opportunities, and could still be subject to discrimination in educational institutions.

Charts: The State of Women’s Athletics, 40 Years After Title IX