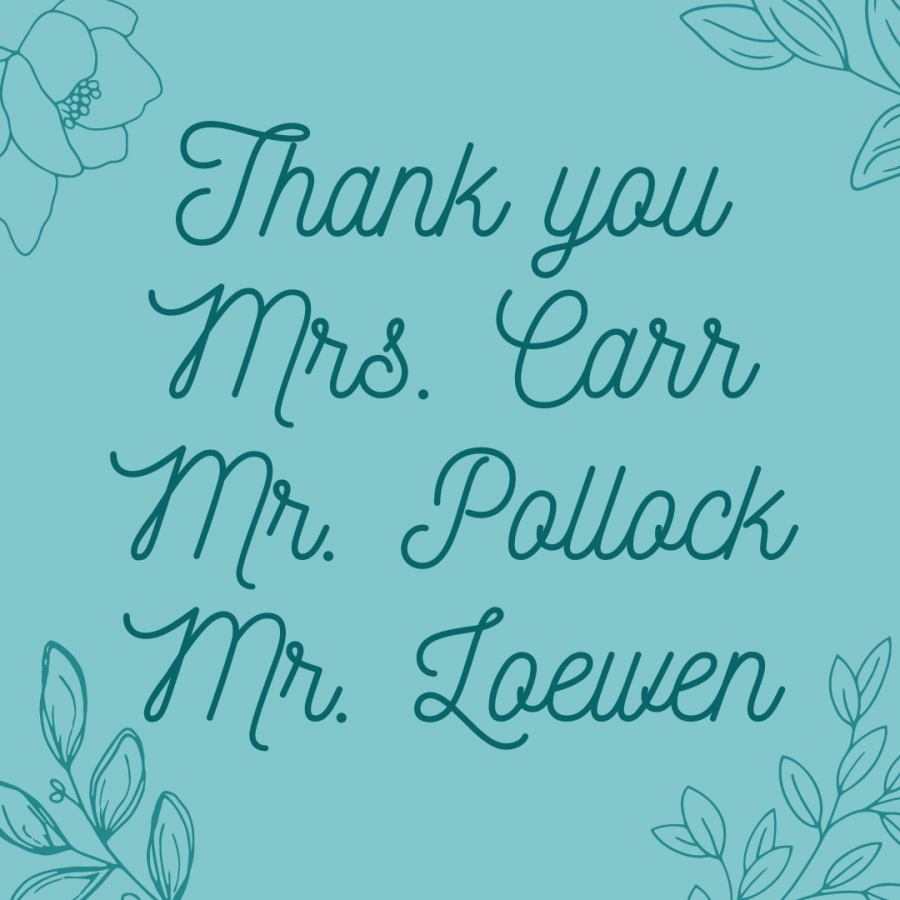 As the 2020-2021 school year comes to a close, we’ll be saying goodbye to several teachers at Arroyo. Samantha Carr, Bret Loewen, and Brad Pollock will be retiring after this school year.

Mrs. Carr, French teacher, has been teaching at Arroyo since 1996, a total of 25 years, “the longest time a French teacher has worked at Arroyo!” Since her first day, Mrs. Carr has seen many changes. According to Mrs. Carr, “The school added on a new building, it’s the only two-story building on campus. That area used to be the teacher’s parking lot. All of the temporary buildings that were near the stadium are gone now, I had room # 69, it no longer exists, that number was retired when I left the building.”

She went on to say, “Technology is new, when I started we didn’t have computers if you can imagine! We didn’t have projectors that connected to a computer, we had projectors that sat on a table and we would write directly onto them. There are far too many changes for me to list.”

During her time here, Mrs. Carr has built wonderful relationships with the staff of Arroyo. “The faculty and staff are amazing and so supportive of each other, I will miss them all, especially those in my department,” says Mrs.Carr.

Today, Mrs. Carr currently teaches French 1P, French 2P, French 3P, and French 4P. Since her first day here, however, Mrs.Carr has also taught some other classes. For example in her first year at Arroyo, Mrs. Carr taught intro to math. She’s also taught computer class, AVID, and freshman English at some point in her time here. Every year, Mrs.Carr has “had at least four different classes to prepare for every day.”

Mrs.Carr has been very involved at Arroyo. For example, she is a part of the WASC committee both this year and last year. She is also a Shields Up! Coordinator. In the past, Mrs. Carr has also been the Renaissance Advisor, Cheerleading Advisor, Self-Esteem Advisor, and supervised dances, games, and noontime activities.

Mrs. Carr has won several awards. In 1998 she received the Knowtable Knight award for services above and beyond the classroom. She won PTSA Golden Apple Teacher of the Year 2001. And from 2011-2012 she was EMUHSD District Teacher of the Year.

Over the many years that Mrs. Carr had been teaching at Arroyo, she has influenced the lives of many students in many ways. Mrs. Carr says, “I have had former students tell me that I have influenced their thinking about the world and how they fit in that grand scheme. I have been told that some of my students would have never tried out new things or dared to go to college without my encouragement.”

When asked what she’ll do when she retires, she said, “First, I’m going to Hawaii for my youngest daughter’s wedding. Then, I am going to buy a house in my home town of Lincoln, Nebraska where I can afford to buy something nice and still live on my pension without having to work the rest of my life just to eat and have a roof over my head. I have lots of family (a new grandson I am very excited to meet and spend time with) and friends who are looking forward to my move back home, that warms my heart. I also plan to do a little busking by playing my harp at Farmer’s Markets and such for fun and maybe some pocket money.”

Mr. Pollock has been teaching at Arroyo since September of 1985, a total of 36 years. He currently teaches AP Environmental Science, Earth Science, and Physical Science. In the past, Mr. Pollock has taught Biology, Physical Science Accelerated, and Life Science. “I’ve taught three generations of students, in my time here I’ve taught grandparents, parents, and children. So I’ve seen three generations of students,” Mr. Pollock says.

Mr. Pollock is currently not in charge of any clubs at Arroyo, but in the past he has been the chess club advisor and science club advisor.

In response to what he’ll miss the most, Mr. Pollock said, “Arroyo is a school of great passion, the students are good and hard workers, we’ve always set very high standards, our Arroyo graduates have done very well, they’ve always gone out after graduation and accomplished great things. Both in education and after Arroyo and in the workplace, they’ve always been a success. So at Arroyo I think we’ve always set very high standards for what we expect our students to be. I think we’ve always had great spiritual connection, there’s a lot of spirit.”

Some things that Mr. Pollock will always remember are the high standards that Arroyo sets for their students, and that the students of Arroyo go out into the world to accomplish great things. He’ll always remember our awesome athletics program, saying that, “We’ve had a terrific, for years and years we’ve had a terrific athletics program, which has offered kids so many opportunities to excel in athletics. And we’ve done well, you know we’ve won CIF in football, we’ve won a national title in cross country, we’ve done well in soccer. Arroyo has always set very high achievement standards.”

When asked about what changes that he’s seen, Mr. Pollock says, “I think we have really stepped up to offering AP classes at our school in science.” However, Mr. Pollock thinks that our vocational program has decreased a lot. He says, “When I started at Arroyo back in 85, we had a huge vocational offering, we had a metal shop, a fabrication program, we had programs that serviced students other than pure academics, and I think we’ve kind of gotten away from that, and I think we need to get back to that again because I think students have to be given opportunities. . . . We have to make sure that we service both sides of students: the vocational, and the academic side. . . . Everybody has different interests, and we have to make sure that we give them opportunities to succeed and pursue what they want to do because when somebody has an interest in something, they do much better on it than when they’re told they have to do it.”

Outside of the classroom, he has impacted students in many ways. He taught values like being punctual, and having good time management, and is committed to students. He taught students ideals that’ll help students succeed in life.

Mr. Pollock had a hard time deciding whether to retire or not. In the end, he made the hard decision to retire because there are things that he wanted to enjoy and do. In his retirement, he looks forward to relaxing, doing some traveling, cycling, spending time with his two sons, and other things. “I don’t know, it’s a new chapter,” he says.

Mrs. Carr, Mr. Loewen, and Mr. Pollock, Arroyo thanks you for your many years of dedication to us. Your legacies will continue to inspire us. We wish you all a wonderful retirement. Mr. Loewen declined to be interviewed for this story.